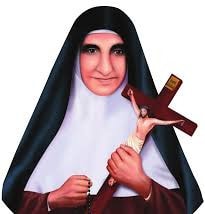 Saint Euphrasia Eluvathingal was born on 17 October 1877 in Kattoor, Thrissur in Kerala. She endeavoured to lead a life of constant prayer and of devotion to the Sacred Heart of Jesus, becoming known to many people as the Praying Mother.

She was declared Servant of God on 29 August 1987, declared Venerable on 5 July 2002 by Pope John Paul II, Beatified on 3 December 2006 in St. Anthony's Forane Church, Ollur. She was canonised as a Saint by Pope Francis on 23 November 2014 in Vatican City. Her feast day is on 29 August. 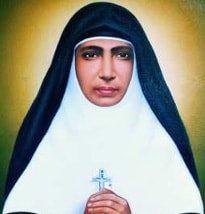 Blessed Maria Theresa Chiramel, was born in Puthenchira near Thrissur, Kerala, on April 26, 1876. Although she had no formal education, Blessed Maria, however, emerged as a great educationist and social reformer. She always worked for the poor and the sick and especially the downtrodden in the society.

In 1913, she set up a prayer house at Puthenchira where she founded her Holy Family Congregation on May 14, 1914. She was declared Servant of God on 5 October 1973 and declared Venerable on 28 June 1999 by Pope John Paul II. 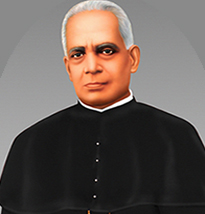 Father Joseph Vithayathil was born on 23 July 1865 in Puthenpally, Thrissur in Kerala. He was a Diocesan Priest, Spiritual director of Blessed Mariam Thresia and the co-founder of the Congregation of Holy family (CHF).

Fr. Joseph Vithayathil was a dear loving Father to all the Sisters of the congregation. From the time of Blessed Mariam Thresia, he was always called by the Sisters and the people as well, as `Pithavu' an endearing term for a loving father, and as a sign of respect. 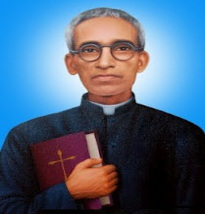 Father Antony Thachuparambil had served about three decades since 1930 in Chelakkara, an extremely backward forest area. He had made immense contribution for the overall development of Chelakkara, serving all sections of society irrespective of caste, colour and religion.

The priest had established a school, Balabhavan, for orphans and a church in the 1930s. Father Antony, popularly known as 'Missionary of Chelakkara', was declared Servant of God by the Vatican, June 9, 2009. Archbishop Andrews Thazhath made the announcement at St. Mary's Forane Church at Chelakkara on 9th June 2009. 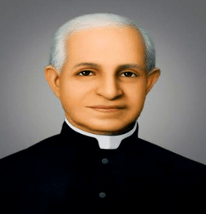 Father Augustine John Ukken was born in Parappur in Thrissur district on 19 December 1880. The Congregation of the Sisters of Charity (CSC) was founded on 21st November 1944 by Rev. Fr. Augustine John Ukken, with the approval of Rt. Rev. Dr. George Alappat, Bishop of Trichur, Kerala.

The declaration of the Father Augustine John Ukken as Servant of God made by Archbishop Andrews Thazhath on August 24, 2008 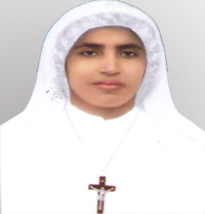 Sr. Celine's love for the Crucified Lord was extraordinary. She wanted to live and to suffer for Jesus. During her lifetime she was favored with ecstasies and visions of Our Lord and St. Theresa of the Child Jesus.

On her profession day Jesus had told Sr. Celine that He would come soon to take her to her eternal home. She lived only 35 days after her profession. She was proclaimed as Servant of God (first step to sainthood) on the 28th day of July 2007.